A bit old now, but one of my many, old employers is about to disappear from the Nasdaq exchange:

“Citadel, which gained a penny to close at 14 cents a share on Thursday, fell below a $1 a share months ago, below the exchange’s continued listing standard.

Mediaweek: Citadel to be Delisted From NYSE 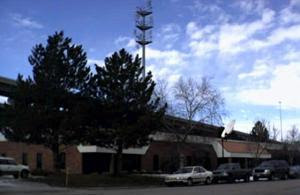 Idiot M.B.A.’s in Las Vegas! They thought they could run radio like a “business.” I hate to break it to them (although Wall Street is doing that less kindly), but if radio could’ve been run as a business, somebody would’ve tried that 30 years ago – when it actually made money.

I have no bad feelings for the local people I worked for. They were great, and I think they went out of their way to insulate us from the corporate monstrosity that is beginning to collapse onto local clusters.

I left the company because I felt there was no upward mobility, except into media sales (and I’d rather jump off a bridge than go into sales). My local boss kept trying to get us on-air. Corporate kept saying “no.”

Is it no wonder radio sounds bland, predictable, and … oh yeah, gets de-listed from Nasdaq?

Maybe the post-bankruptcy radio dial of 2012 will start to sound creative again.

Now, I’m by no means a “sports person,” but this sports story caught my eye:...

It’s clear radio is in trouble. There’s never been more non-radio choices for listeners. The...

Maybe that’s why it’s the lamest car crash ever. See the original on YouTube

Should I tell him the snow’s gonna melt before he can make it back to...

After shoveling my car out of this, can you see why I want to move...

I’ve never laughed so hard! The clip speaks for itself: Purchase: Season 19, Episode 10...