It’s official. Sweeps weeks are stupid, in my humble opinion.

About four times a year, the Nielsen ratings company measures the number of viewers television stations across the country have. They send out diaries to viewers, asking them to write down what stations they watched, when, and how long.

You get some great responses. I remember a producer at KUTV 2 telling me how irritated he was to hear some old lady say she “loves watching Dick Norse on CBS4.” Radio diaries are just as horribly inaccurate.

But accuracy aside, what I don’t get are sweeps. The Arbitron company looks at radio listeners constantly, all year long. That means a station has to consistently be on its toes, and the ratings are (in theory) a true reflection of the number of listeners who’d tune in on the average Tuesday.

Television doesn’t do that. Instead they have sweeps, where a station is metered for about a week. Naturally, TV stations are very well aware of when a sweep is. And they’ll do anything, short of giving away cash (and only because they get an asterisk next to their share point), to pull in all the viewers they can. 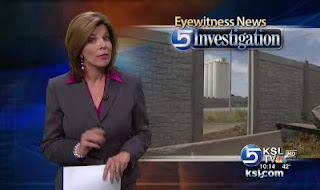 KSL Television pulls her out of storage four times a year to do some expose … ala, “Did you know that someone can break into your car while you are parked at the TRAX station?“ 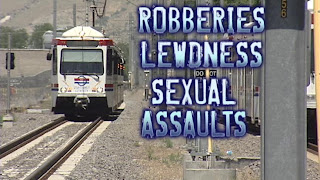 Well, this time around (in November) I think it got a little silly. She did a story on “Noise Walls: Are they worth the cost.” Now, I’m a road enthusiast. Road nut, really. Naturally a story like this was a must watch for me.

If I was a TV producer, I’d say the story was only worth a “V.O.” (anchor reads a short 30 second script, with video on top), if it was worth airing at all. Basically there are a few mad people in Kaysville who think their freeway concrete wall is too short, and lets too much noise in.

But KSL’s trusty sweeps week reporter managed to pull about 4 minutes out of it! That’s unheard of in television. The average story is about 90 seconds. It also got a bit silly, with a cartoon “thumbs up” and “thumbs down” popping in and out of the frame.

Now, I don’t mean this to trash on Ms. Dujanovic. She’s a talented reporter who was able to take a very boring story and make a sweeps piece out of it. But why did KSL feel they have to have a sweeps piece at all?

Well, because if they didn’t, KUTV would win with their silly story on polygamists living in caves. 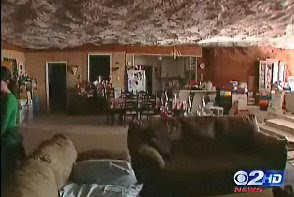 Both of these stories are big secrets, which news directors don’t want their competition to find out, and scoop them on ratings night.

I have a better solution: Do away with sweeps altogether! Why can’t Nielsen simply rate TV stations continuously like radio? It would require a station to always be at the top of it’s game, rather than being the master of gimmicks during sweeps week.

Howdy all! The launch party was a huge success! Thank you to everyone who called...

The title of this poster pretty much sums up my feelings on the health care...

I was a freshman in college and I was watching radio go from dull to...

A bit old now, but one of my many, old employers is about to disappear...

My Geography 222 class is making all of us take ORCA’s ethics quiz. One particular...