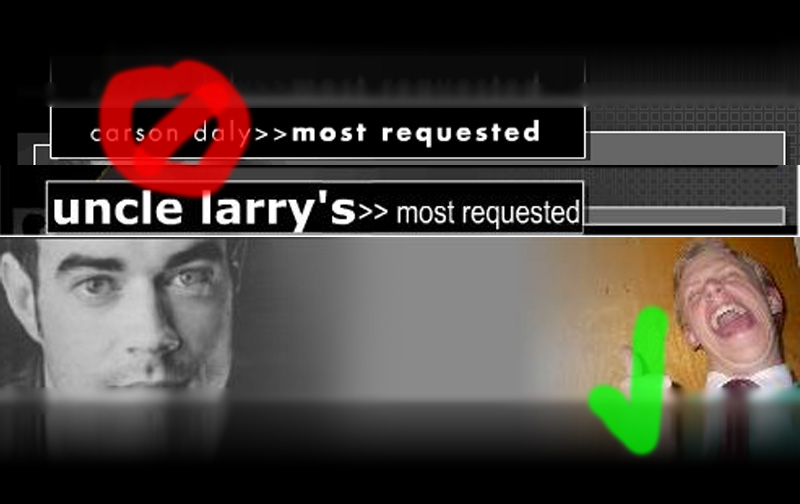 It was that feeling where you see some “pro” thing done poorly and you thing, “Even I could do better than that.”

Background:  It was October 2003, and I was sitting there at my computer one night, listening to an audio cassette recording of a radio station (which is what I do, instead of going to Halloween parties with friends and girls).

The hour moved to midnight, the DJ disappeared, only to be replaced with this nationally-syndicated “most requested songs of the day” hosted by Carson Daly, the former MTV VJ from the 80s.

I was born in the 80s.  Yawn.  Don’t care.  To be honest, celebrity-hosted radio shows never wowed me.  I really would be surprised if anyone, other than a few psycho celebr-stalker fans, is every terribly engaged listening to a celebrity’s radio show.

The trouble with celebrities is that they have … drama.  Years ago, the old-school radio jock would sit and talk to himself four hours a day, constantly answering phone calls from listeners with stimulating questions (“Did I win?  Can I make a dedication?  Can you play that commercial again?”).  A true radio jock made every effort to make each listener feel like a star.

Compare that with celebrity radio, where the star makes sure (s)he remains the star.  No listener calls, please.

Rewind back to: “carson daly >> most requested” which was syndicated during the early 2000s.  Carson was so lazy, he never actually took any listener requests.  Makes sense.  Celebs want to roll into the studio, tape a few lines, get paid, and go drink.  No passion for the craft (but did we expect that?)

I suppose that’s why Wake Up with Whoopi, the Marie Osmond Show, and the Donny Osmond Show were all huge successes (sarcasm).

Birth of Uncle Larry:  Carson’s show was the worst of all.  He even didn’t wait around to find out what the top-10 songs were going to be.  Instead, he’d record intros to every possible song that could be on that night’s countdown, and the record “Here’s our number three song tonight” separately.

To prove his laziness, my college-aged self got out a microphone, rhymed “Carson Daly” with “Uncle Larry” and … viola!  I replaced with every element of his show and even parodied his Web 1.0 online presence with all the cruel satire my much-younger mind could muster.

Unfortunately, my cruelty wasn’t sharp enough.  I didn’t bother to script anything.  So apart from a few vain imitations of Carson’s vocal cues, and inventing crappy sponsors, the DJ-ing was kind of flat.  And as bad as my song choices were, they weren’t bad enough to be satirically funny.  It just makes me sound like I have a lame taste in music (which I do).

In retrospect, I should’ve picked the same songs and stayed very stylistically the same to Carson.  Then when I do make a few cruel changes, they can really sting.  But hey, nobody ever listened to his Most Requested, so I guess I shouldn’t nit-pick mine too much.

In 2007, I resurrected this horrible show for six more episodes!

Uncle Larry’s >> Most Requested (my parody) 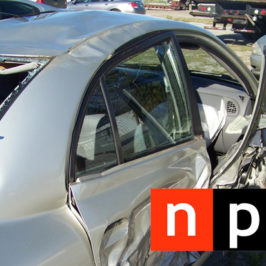 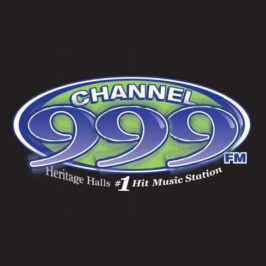