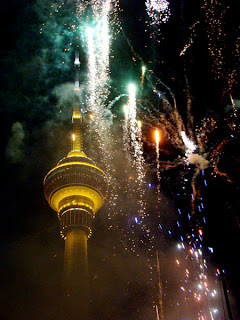 On Chinese New Year, Beijing suffered what some might call a “terrible disaster.”

It all started with the fireworks. After all, what’s China without some fireworks, right? From what I’ve read, the display was fantastic! But like all good fireworks shows, some of the sparks ended up landing on the roofs of Beijing’s skyline – including, a new high-rise hotel next to the CCTV headquarters.

It’s a new building, which the owners expected would hold thousands of guests each night. They almost had it finished. Weeks away, I hear.

Then … a firework landed on the roof.

Doesn’t sound so bad, right? Well, five minutes later the entire building was burning up like it was covered in gasoline.

Don’t believe me? Watch it for yourself! 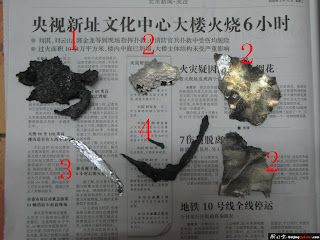 They’ve since learned the contractor used the wrong kind of zinc on the building’s shiny exterior. Instead of a metal that burns once it heats up above 1000+ degrees, the kind they used catches fire at only 400 degrees. 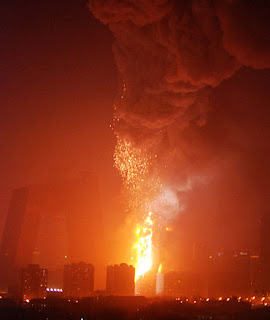 Oh, and it spreads.

As I read this tonight (or rather, early this morning), my mind started turning. Certainly, this was a terrible fire. Beijing lost a multi-million dollar building. It would be like the new 222 South Main St. tower catching fire, which would be a tragic loss to our skyline.

But let’s imagine a world where this building hadn’t caught fire.

On Chinese New Year 2010, the hotel is packed with 5,000 guests, all watching the festivities from the hotel room windows.

A firework lands on the roof. It starts a small fire, which seems inconsequential. The hotel staff delays setting off the fire alarm, instead sending some staff with fire extinguishers to put it out.

By the time they get up there, the fire spreads across the entire roof. The workers try to flee, but can’t escape, and they die on the roof.

Somebody on the upper floors sees the fire and pulls the fire alarm. Guests begin ambling into stairwells.

Two minutes later, the fire punches into the glass atrium and begins burning the interior zinc-covered walls. The fire spreads it’s way down to the 20th floor. Most of the guests die in their rooms, or trapped in stairwells.

Five minutes later the fire reaches the ground, consuming the entire building. Nearly all of the guests on the floors 7 or higher have died. Over four-thousand people are dead, many visiting from the United States, Europe, and the rest of the world. 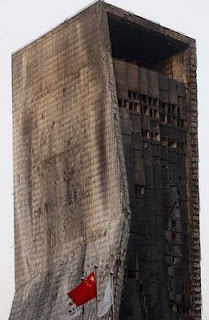 Okay, as morbid as that picture is, that would’ve been the headline: “Thousands Die in Beijing Hotel Fire.”

Thankfully, either through divine grace or human luck, the tower torched a year sooner. As sad as it is to see it’s corpse today, we can be thankful almost nobody was hurt in this fire.

If people say miracles don’t happen, they are idiots.

I expect more from Utah County’s finest. What a pity.

Reporters err. Media makers muff up much more than we care to admit. From time...

This just in – public television star Cookie Monster is fighting for his life in...